Sunday services take place at 9am in Roselle and at 10:45am in Wheaton (Sunday school for all ages at 9:15am in Wheaton and at 10:30am in Roselle). Please contact Pastor Jon with any questions (jon.nielson@christprespca.org). All are welcome to join us!

Pastor Jon accepted the call to be Christ Presbyterian Church (PCA)'s Senior Pastor in 2017. Pastor Jon earned a BA in English literature at Wheaton College in 2005 and received his Master of Divinity from Trinity Evangelical Divinity School (TEDS) in 2010. He received his Doctor of Ministry from TEDS in 2017. He was ordained in the PCA (Chicago Metro Presbytery) in 2010. Jon and his wife, Jeanne, both grew up in the Chicago suburbs with Jon’s parents still living in Wheaton, and Jeanne’s parents still living in Arlington Heights.

From 2015 to 2017, Pastor Jon was the student ministry director at Princeton University for Christian Union. Before that, he was high school and college pastor at College Church in Wheaton for six years. From 2005 to 2009,he trained and served at Holy Trinity Church in Chicago, where he assisted Pastor Oscar Leiva in planting a congregation on Chicago’s West side.

Jon is married to Jeanne, and they have four daughters: Adelyn, Averie, Emilie, and Lucy.

Kent has been a member of Christ Presbyterian Church (PCA) since 2017 and an elder since 2019. He and his wife Cindy were drawn to CPC because of the strong biblical teaching and the deep relationships among the community of believers here.

As an elder, Kent enjoys studying God's Word with others. He serves on the music team, helps co-lead a community group, and occasionally teaches in the Adult Sunday school class.

"One of my greatest joys is joining with God's people as we serve the Lord, are transformed by His Word, and raise our voices together in response to His goodness."

Kent is married to Cindy and they have four adult children and three daughters-in-law. He works as a sales manager and residential mortgage originator at CIBM Bank in Wheaton, IL. When he's not working, Kent enjoys traveling, hiking with Cindy, and finding unique coffee shops.

Pablo has been a member of Christ Presbyterian Church (PCA) since 2007 and an elder since 2009. When he came to an understanding of the Reformed Faith, he searched for a church that shared those beliefs and found CPC on the internet.  He and his wife Angela stayed at CPC because of the sense of community and emphasis on expository preaching. Pablo joined CPC’s full-time ministry staff in June, 2021, and plans to be ordained as an Associate Pastor in the Chicago Metro Presbytery later this fall. His title will then become: “North Campus Pastor.”

Pablo is from River Grove (a Chicago suburb).  He and Angela were married in 2006, and have three children, Isabel, Stephen, and Olivia.  He received his Bachelor’s degree in Christian Ministry from Trinity International University in 2007, and was licensed to preach in July of 2017 by the Chicago Metro Presbytery. He is currently pursing his Master’s degree through Reformed Theological Seminary.  In his free time, Pablo enjoys weight training, martial arts, reading all sorts of genres, listening to good old thrash metal, movies, apologetics, and spending time with his wife and kids.  He also loves food and cooking, especially Mexican food, pizza, and steak.

“As an elder it is my role to shepherd the flock. I do this by being in constant communication with those whom I have oversight and in discipleship. I regularly pray for the flock of God and make myself available to the needs of the people. I also love the opportunities to preach.” 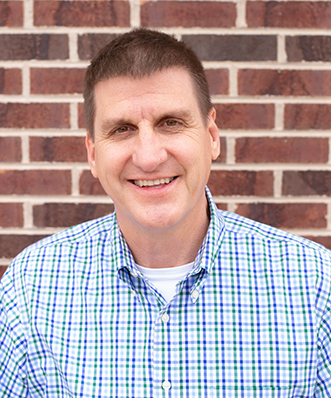 Matt has been a member of Christ Presbyterian Church (PCA) since 2018. He and his wife Jodee were drawn to CPC due to the church being part of the PCA, the strong Biblical teaching and warm community of believers. Matt recently became an elder in 2021.

Matt and his family are transplants and relocated to the Chicago area from eastern PA (go Eagles!) in 2010. He received a bachelor's degree in Economics from Lafayette College and an MBA from Lehigh University.

"Jodee and I have been blessed by so many families at CPC. We have enjoyed serving in (Voyagers) youth ministry and hosting Community Group." 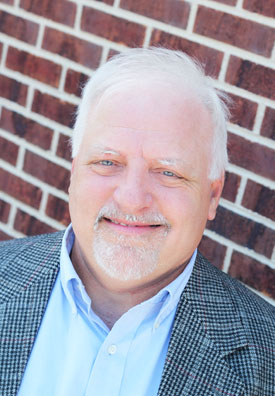 Gary originally discovered Christ Presbyterian Church (PCA) via the PCA online Church Directory. He first visited CPC in 2007 and joined as an active member in 2008. He says that he fell in love with the church’s commitment to the Gospel, Biblical Understanding and Truth.

Gary is a graduate of Washington (DC) Bible College and Trinity Evangelical Divinity School with a Master's of Divinity. He has diverse ministry experiences, including Instructor in Communications and Doctrine at The Korean American Educational College in Chicago, Grief Share Program Leader, and currently Mentor with The C. S. Lewis Institute Fellows Program in Chicago.

“True, effective and enduring discipleship making is all about relational investment around God’s Word in the spirit of accountability, which ultimately must begin with our own daily personal relationship with the Triune God.”

Gary is a lifetime resident of Arlington Heights, Illinois. He is the “ultimate” Cubs fan, having attended least one game a year at Wrigley Field since 1965. He is founder and operator of Windy City Hitman Entertainment since 1989. 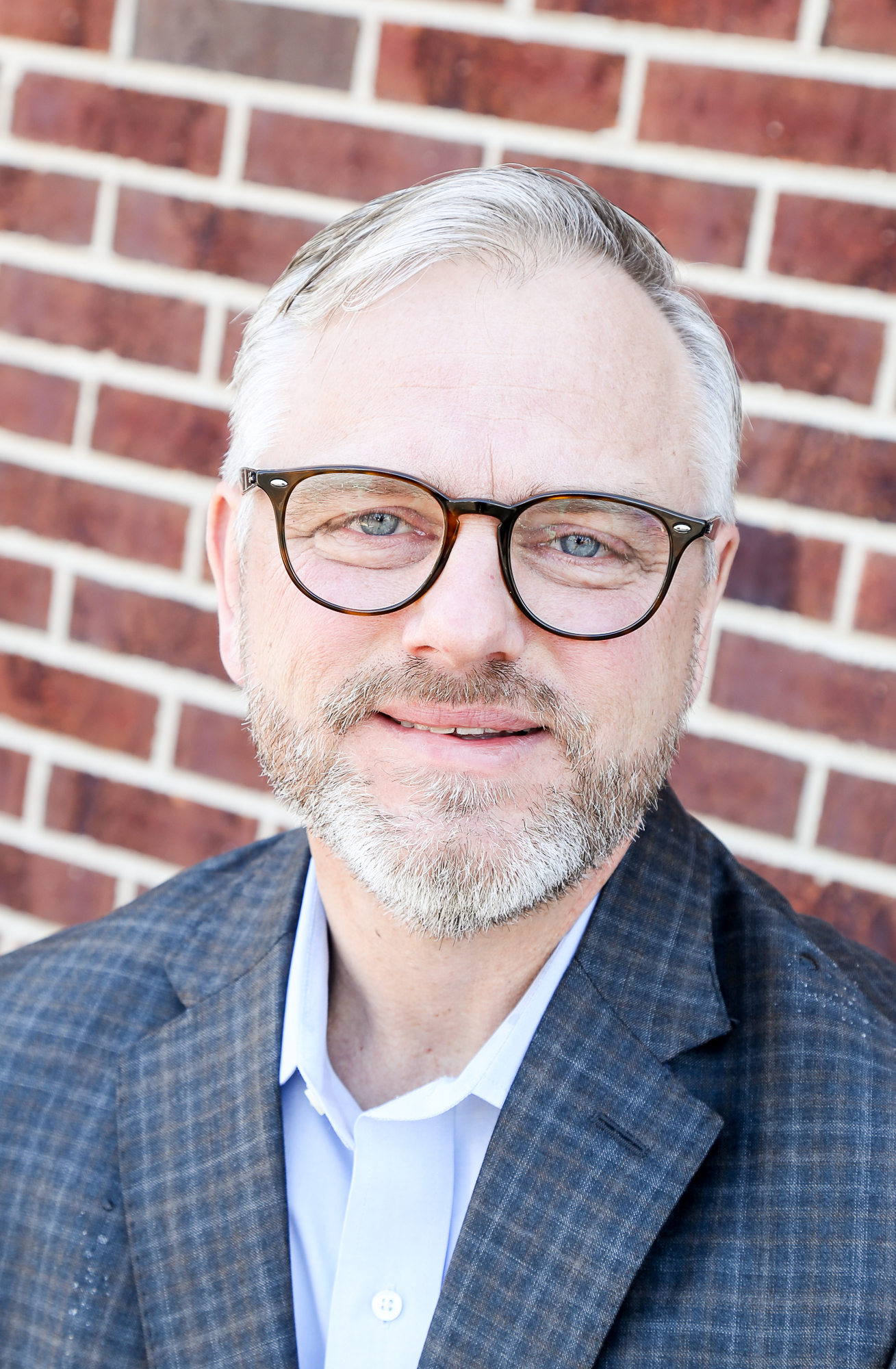 Kevin came to Christ Presbyterian Church (PCA) in the summer of 2017 with his wife Brenda, and they soon both joined as members, as did their daughter, Grace. He became an elder in 2019. Kevin is a transplant from Minnesota (which has "real winter") and married Brenda, a Wheaton native, 30+ years ago. They have three adult daughters and a preschool foster son, of whom they are reasonably (and justifiably) proud. Kevin is a partner in the Chicago law firm of Hoogendoorn & Talbot.

"As an elder at CPC, it is my desire to see the Kingdom expand through justice, mercy, love of neighbor, sound theology, and fidelity to the Word, and for these to be living realities for and through the people of CPC." He's amazed that the creator and sustainer of everything so loved us that in eternity past he declared us to be his own. A favorite passage of Kevin's is Colossians 1:15-20 which captures the simple and compelling beauty of Jesus and the Gospel.

In his spare time, Kevin enjoys anything outdoors (especially cycling, and hiking with his kids and dog Strider), travel, reading, U2, folk/lyric-driven music, and good conversation-especially if it involves pizza and craft beer.