For the time being, Christ Presbyterian Church is holding public corporate worship services at the church building each Sunday at 8:45am and 10:15am, and an outdoor service in the Wheaton/West Chicago area each Sunday at 6:00pm. The services will be open to 50 people in each morning service and 100 people in the evening service during the month of July, and advance registration is required. We will also live-stream the 10:15am worship service (proceed to the “Sermons” page of this website to access the live-stream). All other activities at the church building are temporarily suspended through the end of June, as our church seeks to join in the prevention of the spread of the coronavirus. Please contact Senior Pastor Jon Nielson or Office Coordinator Emily Plach with any questions: (630) 980-4450. 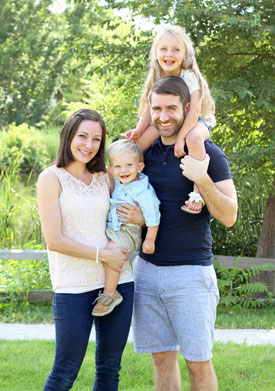 In December of 2016, University Reformed Church called Rev. Neil Quinn to be the church planter in Kalamazoo. This church plant will seek to minister to individuals and families from every walk of life, believers and unbelievers, but will also intentionally seek to reach the colleges and universities. The hope is to eventually bring in a campus pastor to focus on ministering to WMU, as well as to students at the other colleges.

Neil grew up attending University Reformed Church, and was one of the first two interns to participate in URC’s pastoral internship. He received his BA in philosophy from Michigan State University, and his M. Div from Gordon-Conwell Theological Seminary. He was ordained by the Chicago Metro Presbytery (PCA). For the past three years, Neil and his family have lived in the greater Chicago area, while Neil served at Spring Valley Presbyterian Church, first as an assistant pastor, and then as their interim pastor.

Neil and his wife, Leandra, have three kids. The Quinn family is so excited to be part of the church planting efforts in Kalamazoo. They yearn to see the gospel advance in the community and on the campuses of Western Michigan University and the other colleges. Their greatest joy is to know Christ and make him known. 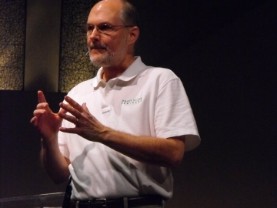 Our beloved Pastor Bob is now a full time missionary, serving as the Director of A Praying Life for SeeJesus Ministries.  When we asked him about his background, he simply replied “I am a sinner saved by the glorious grace of God but you probably need a little more than that, huh?”  A Praying Life calls itself "a ministry for badly praying Christians" and offers studies that teach people to pray like Jesus did. 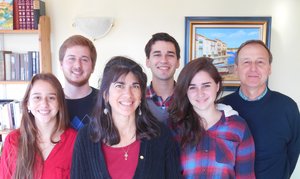 Jamie and Jacki are part of a church-planting team with MTW in the growing aerospace technology corridor west of Toulouse, France. They are building relationships, sharing the good news of Christ, and encouraging evangelism and leadership among French Christians.

From Jamie and Jacki: "France lies in the heart of spiritually barren Western Europe. Centuries of persecution and ridicule have left the 60 million people with less than one percent evangelical Christian witness. Yet God will call His people from every nation (Rev. 5:9). There is searching among the French and a void in their hearts that only Christ can fill."

The Gildards served on a church planting team in Marseille, France from 2001 until the team’s transfer to west of Toulouse.  In 2007, a team from Spring Valley had the privilege of visiting the Gildards in Marseille, to see their work up-close and meet with local Christians there.  The Gildards have four adult children: Rebecca, Jimmy, Owen, and Angelle. 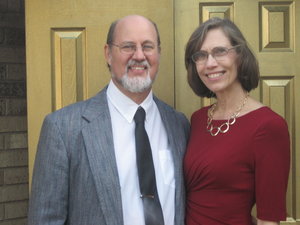 Chris and Sue are currently serving as member care coordinators, caring for the needs of personnel serving overseas in sensitive areas. They work from their home in Kansas City and travel from time to time to visit with, pray for and encourage those they are serving. Chris and Sue, who served in Burkina Faso for 26 years, will be returning sometime early next year for the dedication of the Koromfe New Testament they worked on for 16 years. 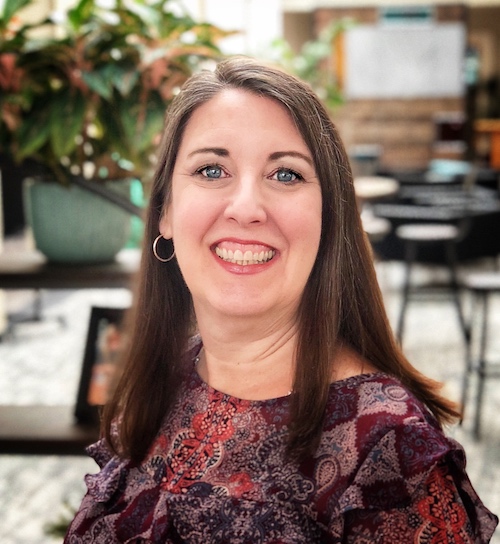 Patty McCain is originally from Hoffman Estates and was involved in SVPC at the very beginning.  She has served with the campus ministry of Cru since 1985, presently as the chief of staff for the US Field Ministries team at Cru headquarters in Orlando.

Cru is setting out to give the 200 million college students of the world an opportunity to say yes to Christ.  Patty has a passion to see students graduate as Christ centered laborers equipped to witness for Christ wherever the Lord leads them.  She is giving leadership to the US field by developing staff on healthy teams, leading vibrant spiritual movements and making a global kingdom impact. 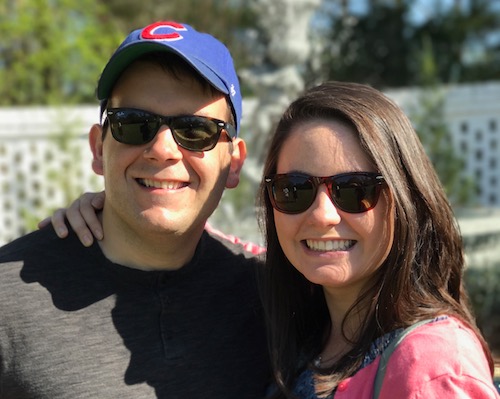 Ian and Hanna married during his time at Reformed Theological Seminary in Jackson, Mississippi. During their time in Jackson, they planted an RUF International among the students at Mississippi College. While serving with RUF International, both Ian and Hanna were convinced that serving internationals was the best job in the world, so upon graduation, they moved to Evanston, IL to plant an RUF-I at Northwestern University and serve there full-time. Ian enjoys good movies, good books, and being a mediocre basketball player. http://www.ruf.org/ministry/northwestern-university-ruf-international#team 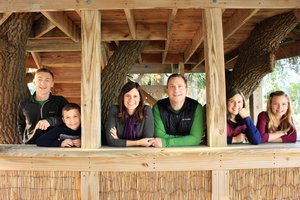 Dale Phillips serves as the Director of Leadership & Organizational Effectiveness for ReachGlobal, the missions arm of the EFCA.  Dale and Carmen joined Spring Valley as members in 2001, before their first assignment overseas.  They consider Spring Valley their sending church, and one of our short-term mission teams visited them in Budapest in 2011.  What a blessing to be able to be part of their ministry!

From Dale and Carmen: "We love to tell the stories of all that God has done in our lives. As children, growing up in Latin America, we both developed a huge love for missions. Serving for 10 years in Europe with our own children deepened our walk with God in a way we never imagined possible. Our stories are filled with joy and pain, but interwoven throughout is the constant thread of the grace of God. The more God works in us and shows us our own brokenness, the more his light shines through us. This truly is amazing grace. Out of what God has done in us, we now help facilitate a process called the Deep Community Experience. Deep Community is a four-phased experience that takes leaders and their communities toward the core of who God has designed them to be, resulting in grace-filled kingdom impact.

"Serving as the Director of Leadership & Organizational Effectiveness for ReachGlobal, it is a privilege to travel to mission fields all over the world and walk alongside ministry leaders in their own personal transformation process, seeing God use our story to create a safe place for others in ministry." 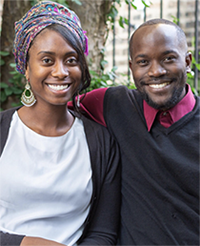 Derrick and Rae are serving the Lord Jesus in Kampala, Uganda where they're seeking to plant Bible teaching, gospel centered, and reproducing churches. They're also training and raising up future pastors and leaders for the region. Their ministry is reaching out to people from diverse religious and ethnic backgrounds including Kampala's refugee population. They're part of Ripe for Harvest World Outreach. 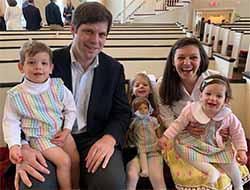 Chris is the campus minister for Reformed University Fellowship (RUF) at Northwestern University.  RUF is the denominational college ministry of the Presbyterian Church in America and serves students from a wide variety of backgrounds through weekly large group meetings, small group bible studies and one-on-one discipleship. Chris is a graduate of Princeton University, the University of Virginia School of Law, and Westminster Seminary California.  Before entering ministry, Chris was a corporate attorney in Texas.  He is married to Christen, and they have three young children, Margaret, Henry and Beth.